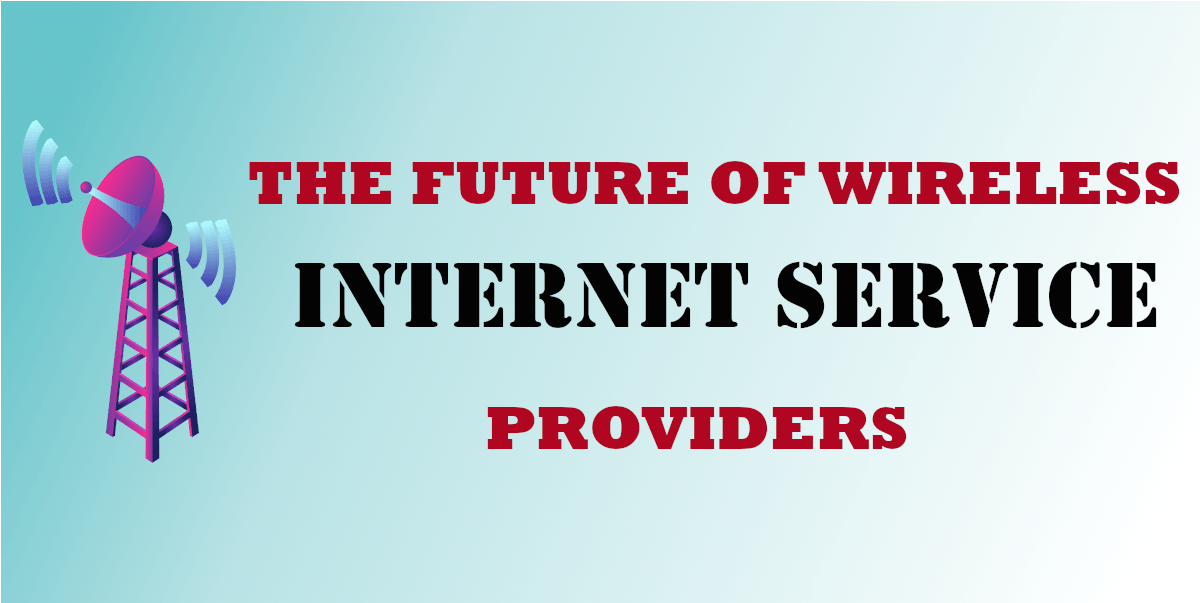 Wireless Internet Service Providers (WISP) is becoming the new go-to for giving high-speed internet in a fixed location. Using wireless systems that are either in place already, or rapidly deployable, the internet is wireless provided to a home, business, school, or other stationary location. These internet services have been popping up around the world but have a heavy focus on areas where traditional internet service providers deem not cost-effective.

Several technologies are used to make WISP a possibility. The most well-known of those being wireless mesh networks that use traditional 2.4 or 5 GHz frequencies. Other companies use proprietary or specialized equipment to create a wireless network in the area that they service.

In general, a WISP will order a reliable internet connection installed to a central point in their intended service area. More commonly this is done by having a fiber optic line run to the service area. Then multiple lines will be run from that initial line to high points in the area to start the initial wireless signal. A regular area to find wireless points for WISPs is on top of radio towers or tall buildings.

After the installation of  WISP, they will install a number of repeaters that are intended to propagate the signal throughout the area that they intend to provide internet.

To receive the internet at your location you will need a specialized receiver installed. These receivers convert the wireless signal from the network to an internet signal that you can use on your computers and other devices. You can view this as a similar need to a modem or hotspot from a more traditional internet provider.

Speeds that you find on these networks are typically comparable to what you would find on other high-end wireless networks. However, the exact speed and network quality will depend on the area that you are in and the company that has set up the system.

Where WISPs Come From

Wireless Internet Service Providers started as a way to cover rural areas where coverage wasn’t always available. This is still a big focus of these providers. The first WISP was not for profit cooperative founded to bring the internet to Laramie, Wyoming.  The company name was LARIAT, and it operated on the 900 MHz frequency.

That company is still around, but it is now a for-profit company, like many of the other WISP companies.

Another early use of the WISP technology was not in the U.S. It was in Johannesburg, South Africa. The area had a demand for private businesses with the internet that was not easily met by the local telecom company. Instead of trying to modify the infrastructure, the locals found that if they ran one line to the tallest building, they could create a wireless network to hit all of the businesses in the area.

The Pros And Cons of Wireless Internet Service Providers

While WISPs might be an excellent solution for people who live in more remote areas, they do come with both pros and cons. We will highlight the major ones here.

5G stands for fifth-generation wireless internet service; it is the latest in internet services provided by cellphone companies. While some existing cellphones and wireless devices meet the requirements of this fast internet service, many do not. It is a new type of service that requires modern equipment that is being rolled out across the United States and other countries.

Compared to traditional cellular service, 5G wireless is almost an entirely different type of service. It is capable of transmitting data at speeds close to that of a high-speed home internet provider such as Comcast or Century Link.

Instead of having one network tower in an area that blasts out one high powered signal (what 4G wireless internet did), 5G uses a large number of network nodes spaced throughout a service area. This allows for more complete coverage and stronger signals. You will be closer to the source of a signal and thus get better service from the nodes.

More nodes also mean that users will be more spread out among the nodes. What they are hoping for is reducing the number of users and thus speeding up the network for each user. At the same time, there are predicted to be more home internet users turning to 5G networks.

Along with better networks, 5G is promising to bring with it more possibilities. Possibilities for better communication between devices and new devices are likely to start coming out soon after 5G starts to propagate around the world. Imagine cell signals that are many times faster than current networks.

One popular idea is that once you increase the connectivity between smartphones, you can then take away tasks from computers and give them to phones. This could also end up with using the combined idle time of smartphones to be productive.

Until 5G is rolled out in more areas, we are not able to know the exact details of the enhancements to browsing speeds and service. However, several companies have released their estimated information. What we do know is that the speeds are expected to save us hours on download time every month.

You will be also likely experience faster speeds both in cities and remote locations as long as the infrastructure gets set up.

An example of this is the download of movies is supposed to take 7 minutes less on average than other high-speed networks.

Verizon has preliminary networks in place with plans to move to faster, less cluttered radio networks. They currently operate on the 400 MHz radio range and are trying to move to the 800 MHz range. After the move, their average speed range will be around 300 Mbps, higher than the average household speed. Higher speeds are available in optimum areas at up to 940 Mbps.

However, Verizon’s speed estimates are only in the optimum areas so far. Verizon’s deployment, known as Verizon 5G TF, is currently in urban areas with a limited number of users. The technology used in the current testing stage is not the same as will be available in future releases, especially in cell phones that utilize 5G.

With 5G networks, you will eventually have to compete not only with other internet users on the same towers but also with cellphones. The more devices on any one network node, the more it will be slowed down—Something to be seriously considered. In the Verizon example, this is before you add many phones to the network.

This can be canceled out by good network planning. That is only something we can see as time goes on.

On a basic level, 5G and Wireless Internet Service Providers operate relatively similar. They both use a large number of nodes to provide complete coverage to an area. But there is a difference in how those nodes receive information. One comes from a central internet source while the others act more like cellphone towers.

It is expected that 5G internet service will compete with internet service providers that are already in place, including WISPs. Unlike WISPs, which only cover one area, a cellphone provider with 5G will cover a lot more ground. For example, you won’t be roaming or moving into another company’s service area when you move between cities. Something that is key for people who want portability.

Speed is also a big factor with 5G. The speeds that are projected too high, and fairly consistent. Not something that all WISPs can provide.

All of this being said, WISPs will still be necessary after the rollout of 5G services. Initially, 5G will only be available in a limited area. New infrastructure needs to be put in place to accommodate the powerful new network. Even as that infrastructure gets established, there will still be areas with limited service. Some areas may not get service at all due to the costs.

4G phone service is the same way. There are still plenty of areas that are not cost-effective to cover in 4G. That will continue to be true. Areas that broadband still won’t cover. That is one of the many reasons that WISPs began in the first place.

Another downside of 5G is the lack of signal propagation. 5G signal does not penetrate objects well, such as trees. For areas where there are a lot of trees, tall trees, or other obstructions, 5G will not be the proper solution. At least for now. Some say that 5G will also be susceptible to the elements. However, some WISP technology is also affected by the elements too.

You will find that 5G towers also have reduced effective range. This is because 5G networks will require far more bandwidth. One of the reasons that 3G networks are still around is that the signal can reach out much further due to the reduced bandwidth requirement.

At Cellar Door, we stay up to date on the latest technologies. If you have any questions about how to tackle a problem please check out our page on technology consulting

Home » Blog » The Future of WISP’s