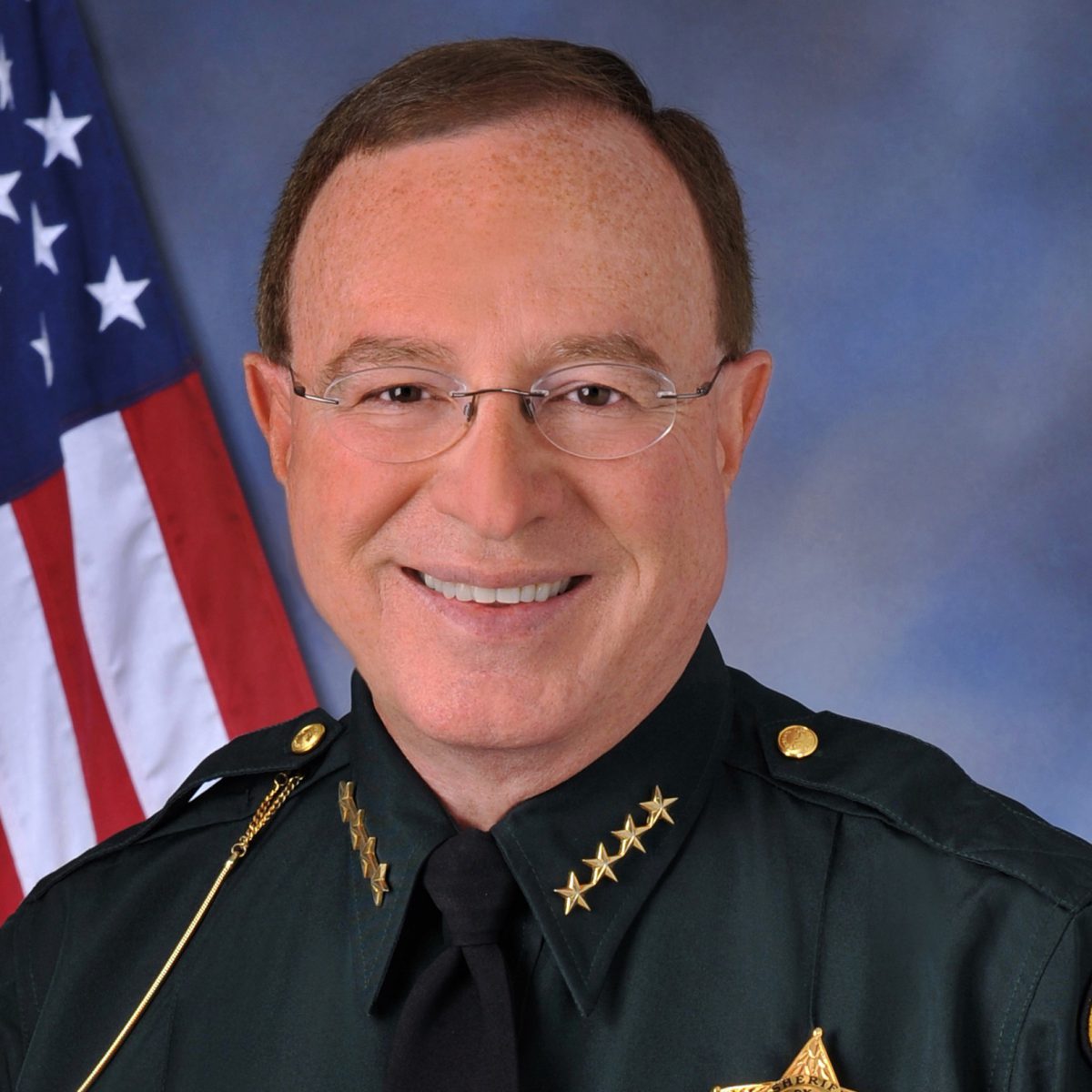 They say that some people were always meant to be what they have become. Polk County Sheriff Grady Judd surely is one of those people.

Grady Curtis Judd Jr. started his police career as a dispatcher in 1972. He was only 18 years old when he landed that job. However, his dream to join the force and become a sheriff was born long before that. He was a mere 8-year-old when he saw his neighbor’s brother, Polk County Sheriff Monroe Brannen, wearing a uniform, a gun, and a badge. He knew his destiny and his goal ever since.

Grady Judd worked a graveyard shift (11 pm to 7 am) for the Polk County Sheriff’s Office answering phones, all while attending the Police Academy from 8 am to 5 pm to complete the training necessary to join the Patrol Division. He managed to do that successfully in 1974. Born in 1954, he was the youngest deputy the department has ever had. Since he was still under 21 at the time, his father had to acquire his ammunition for him to comply with the Federal Law.

It didn’t take Grady Judd too long to progress through the ranks. In 1982 he was promoted to a captain and transferred to a criminal division. Only 27 years young, he had 44 employees under his command, as well as a million dollar budget to work with. Every person working under him was older than him. Perhaps, that is why he was jokingly called “Captain Kid”.

Despite jokes and doubts, Judd worked as a homicide captain for 7 years until he got promoted to a major in 1989. He had multiple successful undercover operations under his belt, as well as glowing references from his superiors. With the help of his professional accomplishments and well-deserved reputation, he advanced to a rank of colonel in 1995.

Grady Judd was moving fast through the ranks and had an objectively successful career. Despite quite a few life-threatening work-related situations and tragic loss of friends and coworkers in the line of duty, he managed to stay dedicated to his principles and his work.

His career at the Polk County Sheriff ’s Office had spanned for 32 years when he decided to go after the sheriff job. He was elected in August 2004. He managed to score an astonishing win with 64 percent in a nonpartisan vote. Since then, Sheriff Grady Judd of Polk County in Florida has been reelected 3 times in 2008, 2012 and 2016.

His continuous goal includes lowering crime rates by working closely with the community. “It’s all about partnerships …we have built trust with the community, and when we trusted them, they trusted us back. They tell us about a lot of crime that has occurred, as long as they don’t have to get involved.”

Grady Judd is known to be a religious man. He believes that his spirituality has a lot to do with the success he has had in his work. “If I didn’t have the strength of religious faith, this job would have been impossible,” he is confident. He is known to encourage the use of religious and work-focused programs in jail to help inmates find a new way of life.

Grady Judd enjoys a “hands-on” approach in his job. Despite his high position, he still likes to be involved in individual cases. He is also a spokesperson for the Polk County Sheriff’s Office, communicating with the media about the most high-profile cases, as well as delivering annual reports and announcing charity events.

He is loved by the media and the general public alike. His Twitter feed is full of images from the recent public events, his pictures with smiling community members, and words of gratitude directed at him and his deputies. He’s not shy about sharing his wits, hobbies, and interests with the residents, such as cracking police-related jokes, playing charity softball (“Battle of the Badges”) or driving Jeep on a trail in a cattle ranch (“Jeepin’ with Judd”). He even has a bobblehead figure designed after him to give away at a Flying Tigers game!

Sheriff Grady Judd is well recognized by the community and his colleagues for his service. He is a Polk County School Board Hall of Fame inductee and a past recipient of Polk State College’s prestigious Distinguished Alumni Award. Judd was recognized by the Boy Scouts of America Distinguished Citizen Award in 2008. He received numerous awards such as Protect Our Children Junny Award, the 2013 Callyo’s Leaders in Online Child Protection Award, and the 2013 Church Women United Human Rights Award. He used to be a President of the Florida Sheriffs Association and is currently a President of the Major County Sheriffs of America, a national organization serving counties with a population of 500,000 or more. With this many awards and titles in his career, you can tell he is doing something right!

Throughout his years of service, Polk County in Florida has seen a vast improvement in safety, crime investigation, and prevention. Crime rates have gone down due to his “hands-on” approach and improvements made to the Sheriff’s Office. Just in the 2017/2016 year comparison, the overall crime rate has dropped 12.6%. On average, approximately 16 people out of 1000 in Polk County would be victimized, compared to a Florida state average rate of 27 out of 1000.

While most people would be quick to expect praise, Sheriff Grade Judd remains humble, commending his detectives and deputies for the success. He also stresses the role of community cooperation and the trust that the police force has built with the residents. After all, it’s not just the job that has his so close with the locals. A Lakeland native, his whole family, is based in Polk County. Sheriff Grady Judd is a family man. He and his wife of 47 years, Marisa Judd, have 2 sons and 12 grandchildren. Life has shared many blessings with him – his family, his community, and a job that he’s right for.